This site uses cookies, but we’ll get out of your hair and assume you’re okay with that.

We'd love to hear from you! 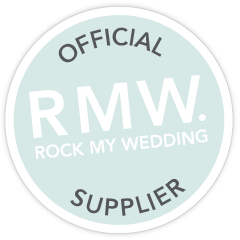 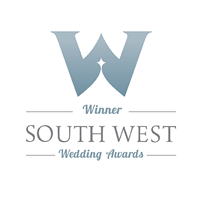 South West wedding catering doesn’t necessarily conjure images of Pickles, right? And you might fancy getting married in a barn, but a ‘shack’ doesn’t really sound as romantic. Hence the age-old question, ‘Why is Pickle Shack called Pickle Shack?’.

Well the 6-year-old question. After all, we were only established in 2014.

The answer is three-fold:

Jodie and Josh established Pickle Shack in 2014. At the time it was the only company in Devon running full-time Pop Up restaurants. This dynamic duo quickly built a loyal following, racking up in excess of 30,000 plates of food served. That’s A LOT of washing up.

They visited (and still do!) foodie communities across the county in village halls, vintage fashion stores, working bakeries and just about anywhere they could transport an oven or two.

Savvy foodie couples quickly saw an opportunity to have Pickle Shack culinary delights on their Big Day. They popped the question to Jodie and Josh, and thus, South West wedding catering became a natural part of the business.

But, in answer to the question, early visions for the future of Pickle Shack Pop Ups was something more along the lines of a permanent home in a café or restaurant. Envisioning an informal dining environment, serving awesome grub to happy customers, the pair had always loved the name Pickle Shack. As it transpires, life on the road was far too exciting so Pickle Shack happily remains without fixed abode.

Still not quite clear is it…

We’ve always been about championing local, seasonal ingredients. Aside from a few store cupboard essentials (chocolate, coffee, spices and the odd lemon are the main culprits), we use as much as we possibly can from West Country suppliers.

This includes meat, fish, vegetables, fruits and the amazing wild ingredients that can be foraged from our hedgerows and fields. It makes sense that your South West wedding catering, celebrates produce grown right here!

The golden rule is: If it’s not in season, it’s not on the menu.

So, a winter starter is unlikely to feature strawberries. But if our clever chefs have preserved some end of season beauties ready for a December dish, then why not?!

All possible thanks to our regular preserving marathons, which allow us to filter tasty pickled produce from seasons past into South West wedding catering menus all year round.

The final part to the tale is told on the plate. Every dish we serve will have an injection of flavour from something that’s been pickled, fermented or otherwise preserved by our chefs’ creative minds. This addition of something sharp and intense is key to flavour balance!

So, don’t fret, booking your South West wedding catering with us neither means we’re serving up jars of Pickles or asking you to eat in a Shack. We can work on a bespoke basis though, so, never say never.